We do not know the date of the first church here, probably a wooden structure built in Saxon times. The earliest part of the present church – the chancel, the centre aisle of the nave and the lower parts of the tower – date from about 1170-1190.

About half a century the earlier work a great change was made ; the nave walls pierced with six arches and the side aisles were built. By this time (about 1230) architecture was moving out of the “Norman” or Romanesque style in to Early English, and we have an interesting combination of the two styles here. No major alterations have been made since about 1230.

Notice the two round-headed windows in the north aisle; both are probably survivals from the first nave wall, re-used when the wall was demolished to open the north aisle.

The black diamonds in the glass of the larger of the two windows are very ancient – about 1250 or earlier.

Ickford Church escaped the wholesale “restoration” inflicted on so many mediaeval churches in the 19th century – in this case poverty proved to be a blessing, and it was not until the early years of the 20th century that money could be raised for sensitive repairs to the building.

By far the most impressive monument in the church is the great Tudor structure in the chancel put up in 1595 by Thomas Tipping. This is a simpler version of the earlier Harman monument at Burford with its remarkable design of strapwork and “Red Indian” figures apparently based on drawings of spoils brought back to Europe by Cortez. The graceful inscription carries no reference to the fact that Tipping owed his wealth and position to monastic property received from his father and wife!

Two Phillips monuments near the main door recall a family still remembered in Ickford for a clothing charity founded in 1683. A later member of the family, a Roman Catholic, was chaplain to Prince Charles Edward, the “Young Pretender”.

Many visitors to the Church notice the fine woodwork with which it is furnished. The pulpit and some of the pews are of the 17th century, but the greater part of the fittings are the handiwork of Canon Vernon Stanley, Rector 1911-1933. The elaborate font-cover, the tester above the altar, standard candlesticks altar rails, lectern, stools and benches were all made by Stanley in his workshop at the Rectory. In addition he gave to the church many other items including a Silver chalice and paten, candelabra and the Royal Arms of King George V on the front of the gallery. The Royal Arms are those used since the accession of Queen Victoria in 1837. The colouring was applied by Stanley’s son during his last leave before being killed in battle. The stained glass window in his memory is by Sir Ninian Comper, and outstanding church architect and designer.

This and other Comper glass can be recognised by a tiny design of a strawberry plant in one corner. Vernon Stanley is commemorated in the Comper window at the end of the south aisle, representing St Dunstan and the Venerable Bede; the figure of Bede is supposed to have Stanley’s features.

On the broad window sill of the triple window in the north aisle is scratched the frame for a game played for many centuries in England and mentioned by Shakespeare – Nine Men’s Morris, a combination of the more modern Chinese Chequers and noughts and crosses. It was played with pegs and pebbles.

Gilbert Sheldon was Rector of Ickford 1636-1660 and became Archbishop of Canterbury 1663-1677. The most distinguished person connected with this church, he ranks amongst the most influential clerics to occupy the see of Canterbury. He became a Rector here a few years before the outbreak of the civil wars, and during that bad and difficult time he was King Charles I’s trusted advisor and friend. Under the Commonwealth and Protectorate of Cromwell he helped guide and preserve the faithful remnant of loyalists. At the Restoration of the Church and King in 1660, Sheldon was the dominant figure in ecclesiastical affairs, ensuring for the Church of England a place in national life which remained largely unchanged until the 20th Century. As Primate, his unshakable honesty led him to oppose with equal bluntness both puritans and a lax monarch; his own religious outlook was reflected in his favourite saying – “Do well, and rejoice.” It was largely through the insistence of Sheldon that Christopher Wren was commissioned to design St. Paul’s Cathedral after the Great Fire of London.

Wren had previously designed the Theatre in Oxford which Sheldon gave to the University and which bears his name.

Ickford Church still possesses a splendid chalice and paten given to the parish by Sheldon in 1660; it is rarely used now but is on display in the Diocesan Treasury at Christ Church, Oxford.

“ICKFORD has a lovely old church, dedicated to St Nicholas. The date of the first church here is not known but it was probably of wooden structure built in the Saxon times. The earliest part of the present church is the chancel, the centre aisle of the nave and lower part of the tower from about 1170 to 1190. Ickford church escaped the wholesale restoration inflicted on so many medieval parish churches in the 19th century. In this case, poverty proved a blessing! Between 1902-1911, it was sensitvely and carefully restored under the direction of Mr. Oldrid Scott, who managed to preserve most of the genuine medieval features.

Gilbert Sheldon (1598 to 1677) was Rector of Ickford and later became Archbishop of Canterbury, from 1663 to 1677. He gave a lovely chalice and platter, which we have on show at the Cathedral Church at Christ Church, Oxford, as we thought it better to let people see how lovely it is”. 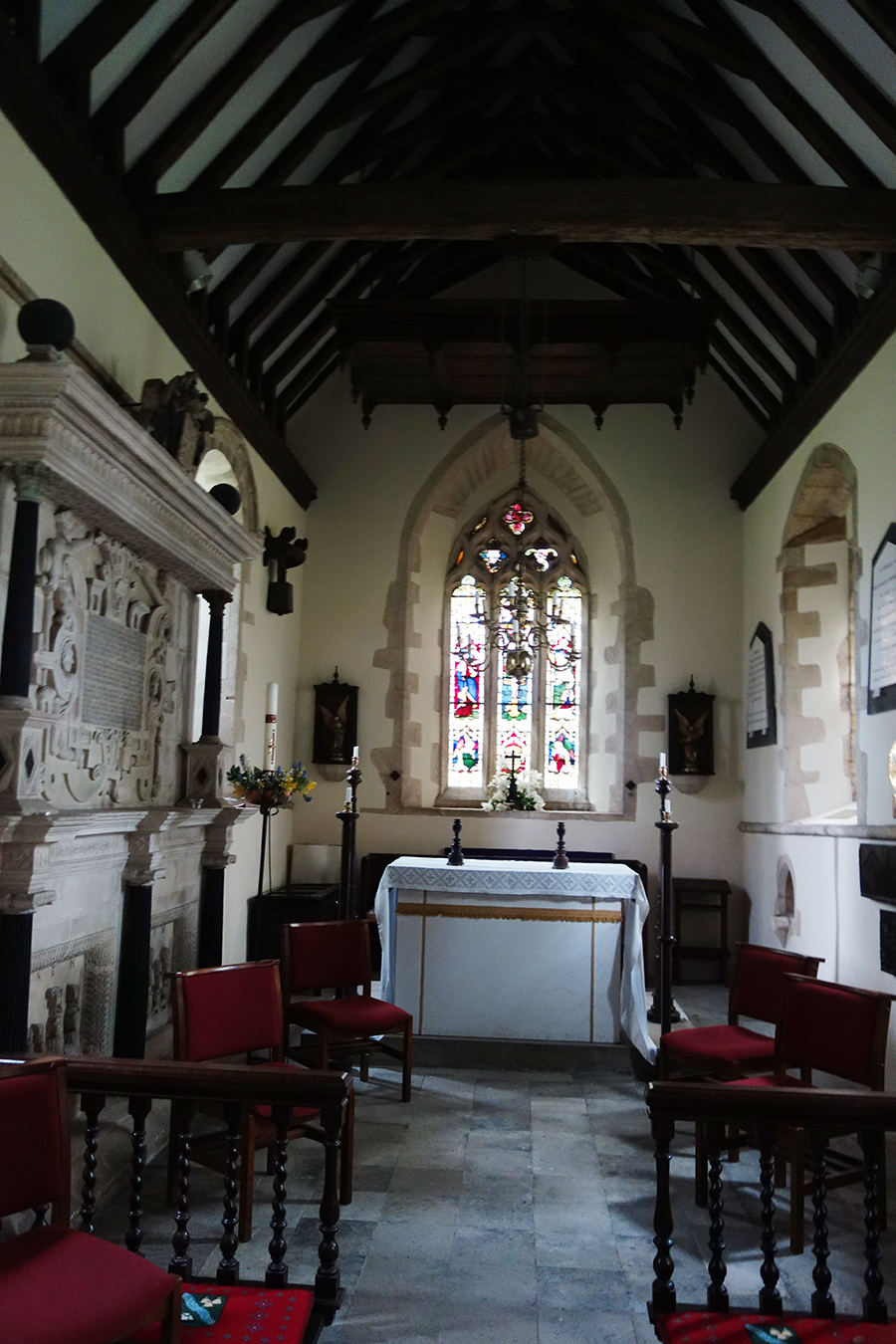 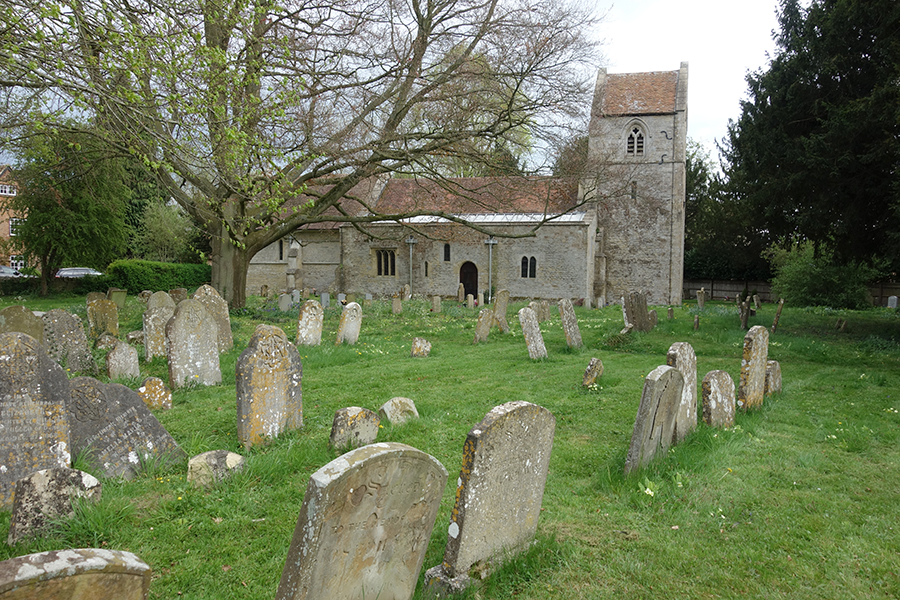 These cookies are essential in order to enable you to move around the website and use its features. Without these cookies services you have asked for cannot be provided.

Some examples of how we use these cookies are:

These cookies help us understand how people are using our site so we can make it better. And they let us try out different ideas.

Some examples of how we use these cookies are: